You are at:Home»Country»Wahhab Miah made acting CJ 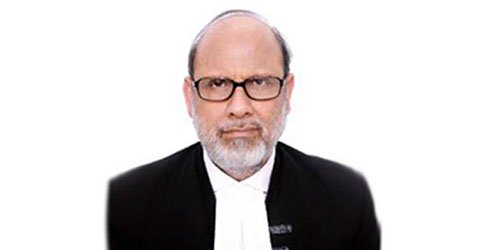 The government has made Supreme Court’s Appellate Division senior most judge Md Abdul Wahhab Miah the acting chief justice of the country after the chief justice Surendra Kumar Sinha sought one month’s leave on Monday.

The law ministry issued a gazette notification in this regard and the notification reached Abdul Wahhab Miah around 11:30pm on Monday, said Supreme Court officials.

A five-member bench chaired by Md Abdul Wahhab Miah started the court proceedings at room no. 1 of the Appellate Division at 9:05 this morning.

Wahhab Miah said the proceedings will continue until 10:00am.

The other judges of the bench are Syed Mahmud Hossain, Muhammad Imman Ali, Hasan Foez Siddique and Mirza Hussain Haider.

The regular court sat on Tuesday after a month-long vacation. As per convention, the judges of both divisions of the Supreme Court – the Appellate Division and the High Court Division – are supposed to pay courtesy call to the SC lawyers at 10:00am.

As per the order of the president, the law ministry issued the gazette notification signed by the law and justice division secretary Abu Saleh Sheikh Md Zahirul Haque.

The notification reads: “As per article 97 of the constitution, the honourable president of Bangladesh has pleasantly approved the 30-day leave for chief justice Surendra Kumar Sinha on account of his illness from 3 October to 1 November and entrusted the duty and functions of the chief justice to senior most Appellate Division judge Md Abdul Wahhab Miah.”

Article 97 of the constitution reads, ‘If the office of the chief justice becomes vacant, or if the president is satisfied that the chief justice is, on account of absence, illness, or any other cause, unable to perform the functions of his office, those functions shall, until some other person has entered upon that office, or until the chief justice has resumed his duties, as the case may be, be performed by the next most senior judge of the Appellate Division.”