You are at:Home»National»Rohingya crises deepening: PM 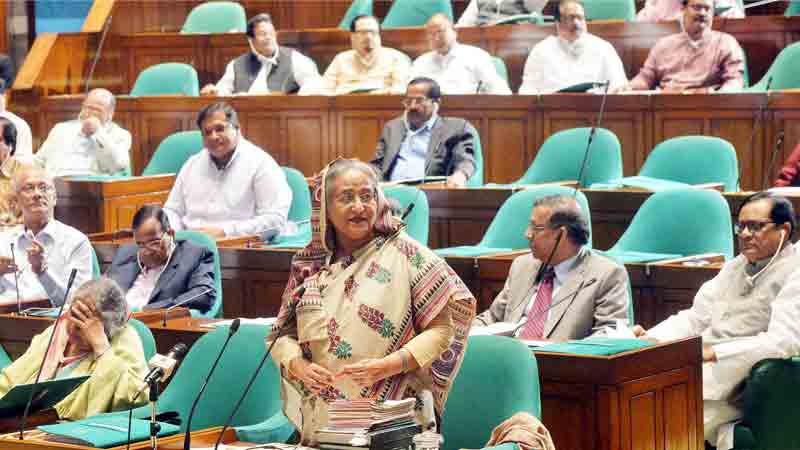 The Honorable Prime Minister (PM) and Parliament Leader, Sheikh Hasina, has said that Bangladesh is experiencing a grave situation on Rohingya issues. Supporting thousands of Rohingya population and sending them back to their own land is tough but with help of international quarters, Bangladesh will be able to solve the problem in a peaceful manner, the PM believes.

The PM said that the Rohingya issue has become complex than past due to the military raids and violence.

Over six lakh Rohingya people have taken shelter in Bangladesh in last six months and the number of total Rohingya population has crossed about one million, added the PM in her answering session.

“Though they are sheltered her considering humanitarian ground, this is impossible to allow them to stay in Bangladesh for a longer period. The problem is created in Myanmar and the country needs to solve that”, said Sheikh Hasina, the Prime Minister of Bangladesh.

The PM also pointed out some diplomatic initiatives to send them back to Myanmar and said that Bangladesh has become successful to achieve the strong support of international quarters in this matter.

The PM added that Bangladesh took the right decision to support the shelter less Rohingya population. It has increased the reputation of the country.