You are at:Home»National»Two JSC examinees die as boat with 150 capsizes in Titas river 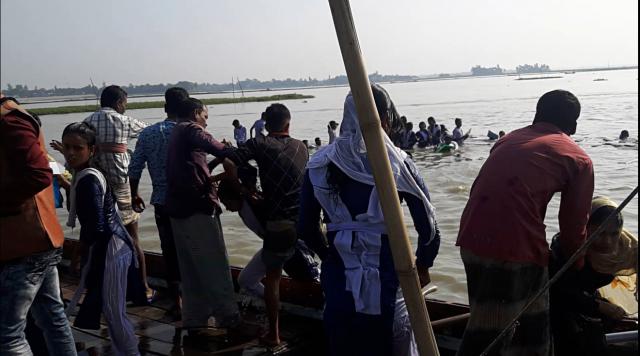 At least two Junior School Certificate (JSC) examination candidates drowned in the Titas river in Brahmanbaria district while going to attend their first examination crossing the river on Wednesday morning.

One of the deceased was identified as Nadira Akhtar.

Witnesses said a boat carrying about 150 students of Birgaon High School capsized in the river after hitting a bamboo pole in the Titash in the morning.

Locals rescued the students and sent two of them to the local health complex in critical condition.

They were then shifted to Brahmanbaria Sadar Hospital where on-duty physicians declared them dead.

Students from 28,628 educational institutions are appearing at the examinations at 2,834 centres across the country.