You are at:Home»Entertainment»Happy Birthday Enzo! You made us laughter!! 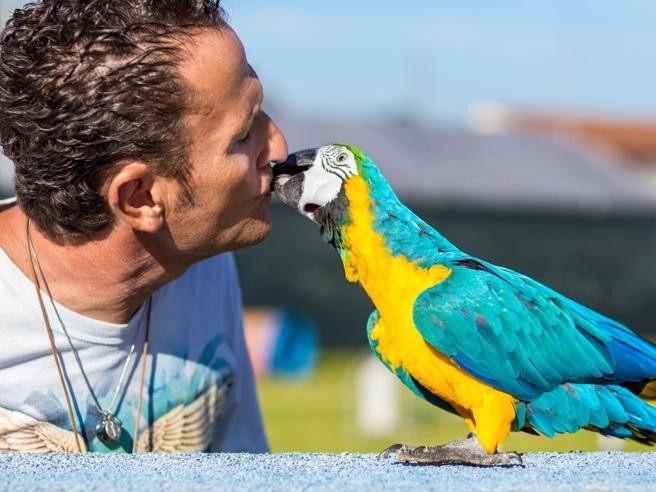 Happy Birthday Enzo! You made us laughter!!

Happy birthday Enzo Salvi! You became already very popular and made us laughter!!

One of the most famous Italian Comedy Actors Enzo Salvi turns 57 today. 57 candles are waiting to  be ignited!

As per Italian media, he is one of the brightest and most complete comic actors on the Italian scene, one of the most loved by an audience that has no age, both young and old.

His success stems from a tough apprenticeship of evening and night performances in the clubs of the capital, mixed with his daytime work as a “gardener” for the Roman municipality. Nights that brought to the fore the comic duo “Mammamia che impression” and the character of “Cipolla”. An interminable series of “sold out” shows that projected the Ostia actor into the world of cinema.

Unforgettable is the debut on Christmas Vacation 2000, where the very “character of the Onion” hypnotized the spectators with that Yellow Rhythm and his “forced” jokes. These scenes have become cult and among the most clicked on social tubes.

From there the great successful cinematic climb (Natale Sul Nile, BodyGaurds, Natle in India, Olè, Marriage in Paris… A Christmas in the South, Christmas as a Chef) to the present day: Enzo Salvi has in fact collected 14 “cinepanettoni” ( a record as a new generation actor of the genre) working with masters of comedy such as the Vanzina brothers, Massimo Boldi and Christian De Sica.

Furthermore, his immense love for parrots sees him take on the role of Vice President of Chiara Alessandrini’s “Passione Pappagalli – Free Flight” association, and the free flights of his Ara Ararauna “Fly” are now viral on the net.

And remaining on the subject of “pet”, Enzo Salvi experimented with great success the theatrical show “Io an actor dog” by bringing his Labrador Peggy puppy to the stage, a show that not only received acclaim, laughter and applause, but also a rich food chain donated to animals in need.

Lifetime partner of his wife Laura, with whom he “had” Nicolò and Manuel, << life alongside the Roman actor is always full of surprises – Laura tells us – not only for his work, but above all for his his expansive character and his desire to always excite us. In short, it is not boring to live near him, on the contrary >>

Not only comic roles and cinepanettoni in Enzo Salvi’s career: fiction “The system”, in the role of a Killer, the films “I have friends in Paradise” and “Free-Liberi” which will be presented in his presence at the Venice Film Festival next September 7, and many TV programs, participation in reality shows such as Mont Blanc and Isola dei Famosi, and the lucky double “Din Don” 1 and 2, which “split” on the mediaset networks with over 4 million viewers over the Christmas period . And on Din Don, which many fans acclaim the continuation on social media, even a TV series. In the meantime, as every year, the summer tour for the squares and theaters of the comedian Ostiense has started. Tour that will end in October touching Switzerland, before starting the shooting of 3 feature films.

Social Note: the character “Vomit-Il Rapper Trasgressivo” interpreted in the film Natale in India, together with the scenes of the film Bodyguards, character of Cipolla, Agusto and extracts from the Seven Show, total up to today almost 800 million views, entering the “Cult” category to which another 3 million views are added for the music clips “va va va”, “il bailo dello sbailo” the dance of the Egna.